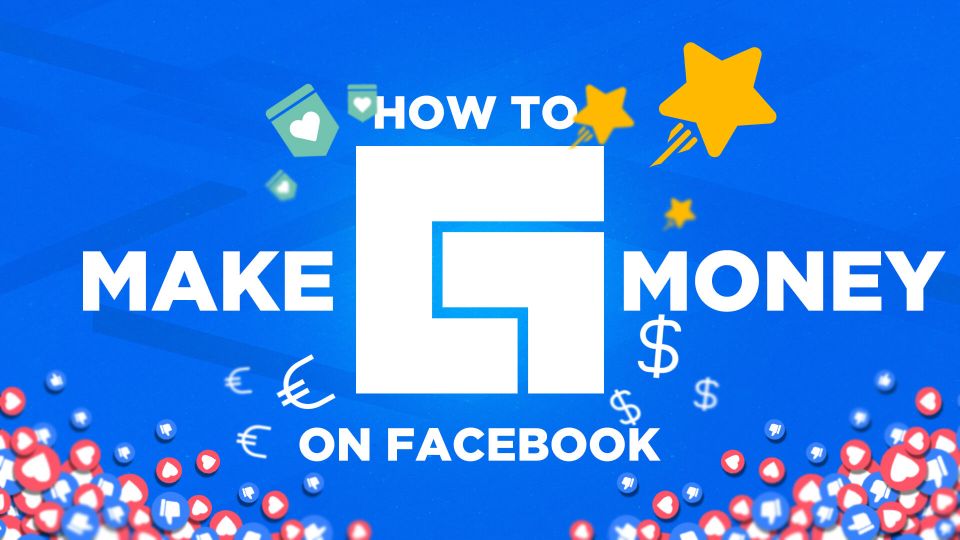 You wouldn’t be alone. More and more broadcasters are beginning to look Facebook’s way. In July 2020, Microsoft shut down its live streaming platform, Mixer, and announced plans to transition its creators over to Facebook Gaming. Big-name streamers like Disguised Toast, Corinna Kopf and StoneMountain64 have found a new home on the platform, bringing much of their audience with them.

Meanwhile, a 2020 report by Streamlabs and Stream Hatchet shows Facebook making substantial gains, now accounting for 11% of market share (versus YouTube’s 20% and Twitch’s 68%). In the past year alone, the platform has tripled its hours watched and more than quadrupled average concurrent viewership.

The numbers don’t lie. There is opportunity to be had on a growing new platform and – more importantly – viewers up for grabs.

But what about monetization? How do Facebook streamers make money?

After all, you’re probably more familiar with a Twitch Bit or YouTube Membership than you are Facebook Stars and Supporters. And there are livelihoods and careers at stake. Platform transitions are risky business; if you’re going to risk a move, you need to know what income-generating tools you’ll have at your disposal.

The most common questions we see include:

Let’s explore each of these, one-by-one, and clear up some of the mystery around Facebook Gaming. Hopefully by the end you’ll have a better idea if the platform is right for you.

But just how do they work? And how do they compare to Twitch and YouTube? Let’s find out.

Stars are equivalent to Twitch Bits or YouTube Super Chat/Stickers. They are Facebook’s on-platform currency, allowing viewers to donate directly to broadcasters.

Viewers can use Stars to earn shoutouts from streamers – and to display special animations in chat. Generally, the more Stars gifted, the larger the animation and the longer it stays on-screen. Larger Star donations also allow fans to include messages. Once used in a channel, Star donators unlock a “Star Sender” badge next to their name in chat.

Creators keep 100% of their Star revenue. Much like Twitch, Facebook takes its cut from viewers when they originally purchase the currency – not from streamers.

You’ll get paid out when you reach 10,000 Stars, the equivalent of $100 (also similar to Twitch). Payouts are typically issued 30 days after the end of the month in which your stars were received. For example, Stars received in February will be paid out in early April. You can track your current balance in the Facebook Creator Studio under Star Stats.

To receive Stars on your channel, you’ll first need to join Facebook’s Level Up Program. To qualify, you’ll need to broadcast two days of gaming content over the previous 14-day period, with a total of four hours streamed (at least). You’ll also need 100 page followers. Once you’ve been accepted, you can begin racking up Star income.

In exchange for a monthly fee, Supporters unlock perks on your channel (plus a chance to be shouted out on-stream). These include a special Supporter badge (similar to sub badges), custom chat stickers (similar to emotes), and additional exclusive content like videos, chat rooms, posts, photos, polls and giveaways.

Unlike Twitch and YouTube, there are not multiple tiers of subs; only one base level. However, creators can custom-price their subscription price, anywhere between .99 and 99.99 USD. That flexibility allows Facebook streamers to control their own sub revenue, and even charge more than most Twitch streamers. It also allows creators in other parts of the world—especially lower-income regions—to set more affordable sub prices for their viewers!

Facebook does, however, have a community gifting feature, available exclusively for mobile viewers. Much like on Twitch, your Supporters can send “free” one-month subscriptions to other viewers. Fan subscriptions can be gifted individually, or in groups of 5, 10, 25, or 50.

Previously, Facebook took a 30% cut from all fan subscriptions (compared to 50% on Twitch and 30% on YouTube). This meant that if your sub was priced at $5, you would actually make $3.50 per Supporter.

However, that all changed in June of 2021 when their Partnerships Manager announced an end to subscription revshare — at least through 2023. That means Facebook Gaming streamers get to keep 100% of their supporter revenue!

However, there’s a catch. The announcement only applies desktop viewers, who represent just 20-30% of the platform’s total viewer population. So while 100% sub revenue sounds like an amazing feature (and it is!), it only applies to a small portion of potential supporters.

For mobile subs, streamers will still have to give up 30% of their income. Why 30%? Well that’s because mobile device carriers Apple (iOS) and Google (Android) require a 30% cut of in-app purchases. (It’s worth noting that Apple and Google’s cut drops to 15% during the second year of subscriptions — that means you’ll make more from subs of over a year!)

Your Supporter payouts will occur once per month, after you pass the minimum balance of $100. Much like Stars, your sub revenue is calculated at the end of each month, then paid out approximately 30 days later. (For example, your April sub revenue will likely be received the first week of June).

To be eligible to receive fan subscriptions, you must be part of the Level Up program or a partnered streamer. You must also reach at least 250 returning weekly viewers.

Donations on Facebook Gaming work much the same as they do on Twitch or YouTube. While only Level Up creators (or Partners) can earn Stars and Supporters, anyone can set up third-party donations on their stream.

These donations are usually hosted on PayPal and/or OBS software, bypassing Facebook altogether. Your viewers click a link to donate, and are then redirected to a hub where they can contribute to your PayPal account.

Most streamers connect their donations to OBS clients like Streamlabs and StreamElements (and occasionally tools like Muxy). They act as an intermediary, making it easier for viewers to personalize their donations – by sending custom messages and attaching special animations that appear on-stream. Tools like these link directly to your PayPal account, making it easy to receive your money.

From there, all you need to do is grab your custom donation link and post it in your Facebook stream description or in chat. That way viewers can easily figure out how to support your channel!

Since these donations occur off the Facebook platform, you get to keep (almost) all of your dono revenue.

PayPal does take a small cut of every donation in the shape of processing fees. In particular, PayPal takes $0.30 plus 2.9% of every transaction. So if you earn a $10 donation, expect to take home around $9.41 after fees. You may also need to pay conversion fees if your donations were made in foreign currencies.

Ads are still new to Facebook, and at the moment are only available for Partnered streamers. Even if you’re a new streamer, it’s still worth brushing up on ads – especially since Facebook has said it wants to expand ad tools to more creators.

The current ad program, referred to as “In-Stream Ads”, includes pre-roll ads (that run before a broadcast), images (that appear below a stream), and mid-roll ads (that minimize your stream and run in the main video player).

Facebook is currently beta-testing ways for partnered streamers to monetize past stream VODs with all three of these In-Stream ad types.

Facebook has also announced it is working on a new ad program called Live Breaks. These are similar to ad breaks on Twitch, which will allow creators to trigger short ad rolls of 60, 90, or 120 seconds. At this point, it’s not clear if Level Up streamers will also be able to make use of Live Break ads, or if they are restricted to Partners.

Much like ads on Twitch or YouTube, Facebook streamers are paid out based on CPM, or cost per 1000 impressions (views). So the two numbers you need to track are your CPM rate and ad impressions.

$10.00 may seem like chump change now, but as your stream grows and you attract more viewers, ads can become a very powerful tool to earn bonus cash.

Currently, to qualify for Facebook Gaming’s In-Stream Ads program, you must be a partner and have 10,000 or more page followers. You’ll also need at least 30,000 one-minute views on videos that are more than three minutes long, all within the previous 60-day period.

Stars, Supporters, and donations might make up the bulk of your revenue, but there are other ways to make money playing games on Facebook. Some of the most creative ways streamers earn side-income include:

These are just a few popular options, but don’t stop there! Experiment with different tools and platforms until you find the right combination for your channel (and wallet).

Is it all worth it?

Now that you know the tools at your disposal, is a move to Facebook the right choice for you? In the end, the decision is a personal one. But after reading this, you’re well-armed to make an educated pick. You can now confidently answer the question: “How do Facebook streamers make money?”

It’s clear that the monetization options are there on Facebook. On surface level, the platform doesn’t appear too different from Twitch or YouTube. The big question remains one of audience and donation culture. Will viewers continue to rise? Will subscriptions and donations become mainstream, as they have within Twitch culture? Only time will tell.

One thing’s for sure; we’ll be keeping a close eye on the future of Facebook Gaming. Perhaps someday we’ll see you there, up on the big stage alongside other top Facebook streamers. If so, we’ll throw you some Stars for old times.