×
Blog
Home Blog
How to Stream from Xbox on Twitch

How to Stream from Xbox on Twitch 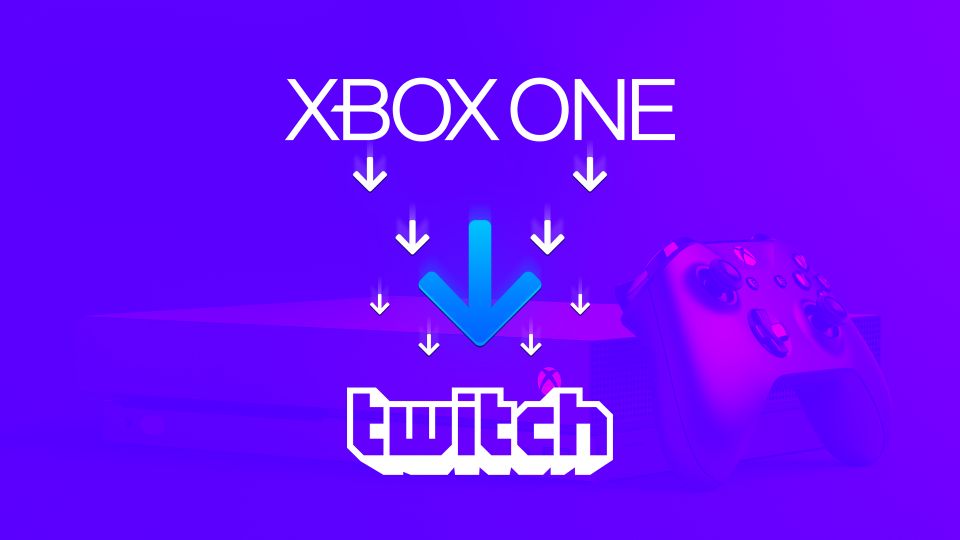 Are you an Xbox gamer? Want to make it big streaming on Twitch? Or just looking to stream casually with a few friends? If so, you may be wondering how to stream on Twitch from Xbox.

You’re not the only one. There are over 9 million active channels on Twitch; millions of them streaming from consoles. That number only increased when news broke that Microsoft would be shutting down its live-streaming platform, Mixer. That left over five million Mixer streamers – most of them Xbox gamers – looking for a new home. In the vacuum, more and more console streamers are looking to Twitch for a fresh start.

If you’re not tech savvy, setting up your first Twitch stream on the Xbox may seem daunting. But it doesn’t have to be; the process is actually quite simple.

To stream on Twitch from Xbox, you first need to create a Twitch account from your mobile device or computer. Next, download the free Twitch app from the Microsoft store. Then sign in and link your Twitch and Xbox Live accounts using a six-digit code. Select the “Broadcast” tab from the Twitch app to adjust your stream settings and hardware. When you’re ready, click “Start Streaming” to go live!

Need some help getting started? We’ll guide you through the steps, one-by-one, just below. Here’s how to stream on Twitch from Xbox:

What You’ll Need to Stream Twitch on Xbox

Ready to get started? Let’s begin:

If you don’t already have a Twitch account, head on over to twitch.tv on your desktop or mobile device. Create your account and turn on two-factor authentication (2FA) for extra security. Remember your login information; you’ll need this shortly.

Return to your Xbox and visit the Microsoft store. Search for the Twitch app and press “Get” to download it free. Once finished, find the app in your “My games & apps” tab and open it.

From your Xbox Twitch app, select Log In. You will be given a six-digit code. Now return to your desktop or mobile device and visit twitch.tv/activate to paste your code. Once submitted, your Twitch and Xbox Live accounts are officially linked!

Return to your Twitch app and select the “Broadcast” tab. From this window you can adjust your most important stream and hardware settings, including:

Some channel settings can not be edited from your Xbox. If you’d like to add a profile photo, bio, moderation or safety features you’ll need to return to desktop or mobile.

Once your settings are good to go, return to the “Broadcast” tab on the Twitch app for Xbox. On the left-side of the screen, create a custom Title (this name will appear publicly under your broadcast, and can be changed at any time). If you’re playing a game, you’ll see it displayed here as well. Now just click “Start Streaming” to go live.

Well done! You’ve now mastered how to stream on Twitch from Xbox. But there’s one more crucial step you’ll need to stream like the pros.

Once you get the hang of streaming on the Xbox, it’s time to add some style and professionalism to your broadcasts. If you want to stand out and build a loyal audience, you need personal branding. You need overlays.

Overlays are graphics that appear over your gameplay feed. Some display critical stream information, like recent stream events or the names of your most loyal supporters. Others are there for artistic purposes – applying consistent, professional branding across your channel. Most overlays are available in unique design themes and can be customized to fit your needs.

If you want to add overlays to your stream (and you should), you have two main options:

Traditionally, console streamers looking to add overlays to their broadcast first needed to purchase a capture card and/or a high-end PC. Lightstream changed all that with its cloud-based broadcast software, which acts as an intermediary between Xbox and Twitch.

From their Studio, you’ll be able to customize all your overlays, alerts and scenes. Then, instead of broadcasting directly to Twitch, you simply set your destination to Lighstream. Your graphics will be automatically applied before every stream – you don’t even need Lightstream open in your web browser!

Another common solution is to link your Xbox and PC using a capture card. A capture card is a small hardware device that connects your Xbox and PC using a USB cable. It records your gameplay and streams it through broadcasting software on your desktop (like OBS or Streamlabs) to Twitch. This allows you to apply overlays and alerts like a traditional PC streamer, but instead apply them to your console broadcasts.

Console capture cards aren’t necessarily cheap, and you’ll need a PC with decent specs to run your stream. However, if you have the hardware – or a large budget – this option gives you a lot of flexibility and customization. Make sure to do your research on capture cards first, as quality and performance can vary greatly.

If you’ve ever wondered how to stream Xbox on Twitch through PC, this is it!

Now that you know how to stream on Twitch from Xbox, it’s time to put it into action. If you’re a former Mixer streamer, that means claiming a new home. For the casual gamers, it’s an opportunity to showcase your skills. And for the big dreamers, it means winning fans and a place in Twitch history.

After all, anybody can stream from console; the real challenge is standing out from the crowd. How will you make your mark? The world is your stage. Get out there and give them a show.