Photoshop for iPad: Our First Impressions 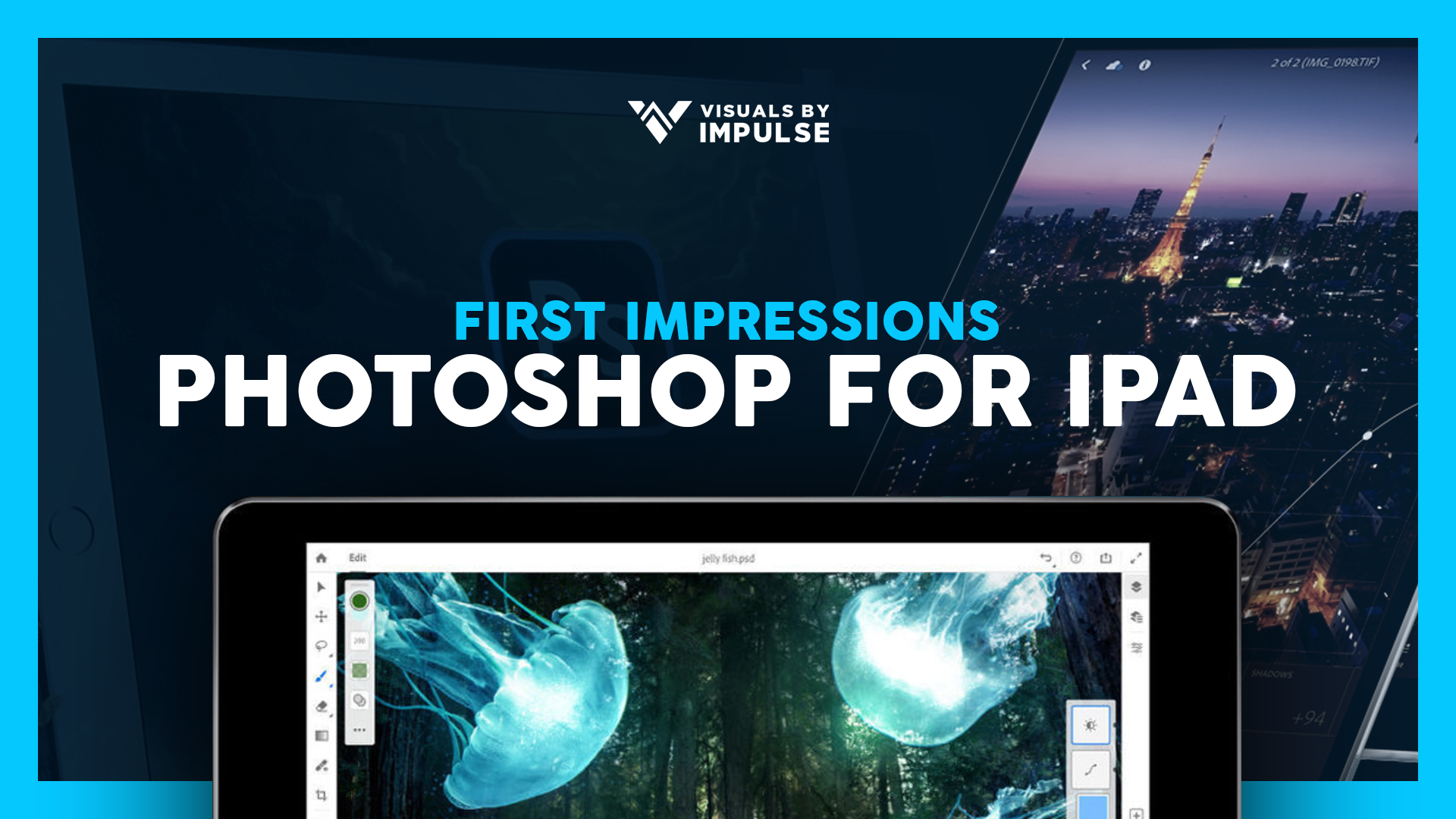 It’s been a rough November for Team Adobe.

The long-awaited release of Photoshop for iPad arrived, only to be met with widespread criticism.

The official App sits at a disappointing 2.1 / 5 stars on the Apple Store. Pundits and bloggers have crawled out of the woodwork, throwing around buzzwords like ‘Flop’, ‘Unfinished’ and ‘Beta’.

But how is it really? Is it as bad as the reviews? Or is the early criticism unwarranted?

Our team put it to the test.

The end result was a real mixed bag.

Did it live up to our expectations? Well, no. Photoshop for iPad is not about to replace your main workstation… at least not anytime soon.

The tools selection definitely feels barebones. Most of your go-to arsenal is missing, including the handy pen tool and symmetry tool. What we’re left with will cover your basic tasks, but not much more.

There are plenty more missing features. Effects are notably absent. There are only a handful of filters and adjustments to select from. Export options are also limited; the inability to save projects to Google Drive was a particular gripe for our team.

At the same time, what features Photoshop for iPad does launch with, it does well. Common tasks such as composting, retouching, and masking are all managed admirably. Pencil support is a godsend, and feels smooth and responsive.

Performance was excellent. We were often amazed at how fast and fluid everything felt – even when managing large files. It also ‘feels’ like Photoshop, thanks to a shared code base with the original. Layouts are familiar, and locating tools is a breeze. Unlike competing apps, the learning curve is very low, at least for those with a basic Photoshop understanding.

So did it live up to the hype? Is Photoshop for iPad worth your time and money?

Maybe. But you’ll need to adjust your expectations first.

Despite Adobe’s marketing jargon, this is nowhere near a ‘Real Photoshop’. In its current iteration, the app lacks the features to be considered a full, standalone product. Don’t expect it to be your go-to platform – your PC rig isn’t going anywhere.

It is, however, a great companion app for Photoshop users. At the moment, it’s a handy resource for on-the-fly fixes and moments of spontaneous creativity. Not to mention, the foundation is solid, keeping us optimistic for future updates.

So is it worth shelling out a monthly Creative Cloud subscription just for Photoshop for iPad? Not at the moment. But for preexisting Creative Cloud members, it’s worth the free download – if only to experiment and wait for future software updates.

For you mobile-first designers, we’d still recommend competing services such as Procreate or Affinity. Both support a larger list of tools and features, and are available for low one-time fees.

For now, that is.

Looking Towards The Future

Is there a brighter future ahead for Photoshop for iPad? We think so.

Adobe leadership seems to think so too. Execs have been adamant that the current iteration is just the start. ‘V1’ in a series of monthly updates and patches. They’ve made it clear that big things are to come. Upcoming additions include:

It’s hard not to take them seriously. From the September release of Fresco for iPad to the recent announcement of Illustrator for iPad (we can’t wait to try out the pen tool on iPad), team Adobe seems fully invested in taking design mobile.

So what does that mean for Photoshop for iPad? Will it ever replace your clunky PC rig? Probably not.

It can, however, become a serious competitor to fan-favorites such as Affinity and Procreate. Given Adobe’s resources and dedicated team, we wouldn’t be surprised if it surpasses the two in the near future.

Only time will tell. Either way, we’ll be watching the situation closely.